It can be said that this is a completely new game for you to entertain during this epidemic season. Do not hesitate any longer, let’s download Arknights to experience interesting things. And right now, let’s find out together! 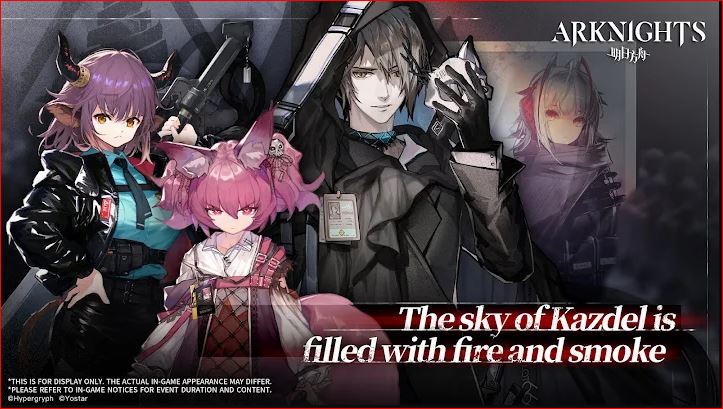 Introduction about the game Arknights

Arknights is a free-to-play mobile game that revolves around the story of tower defense. The game is developed by Yostar Limited, and it is currently available on iOS and Android platforms.

The core gameplay of Arknights is tower defense, with several characters or tower operators. Melee operators can be placed on ground tiles and ranged operators on overhead tiles. The melee operator will defend to avoid enemies dealing physical damage, and the ranged controller will deal ranged damage, heal, or assist the melee operator. The player must place the controller on the correct tiles to prevent enemies from entering the tower. Because on some levels, the strategy will be of high difficulty, so Arknights is also considered a puzzle game.

As the player progresses, the game unlocks more levels. As a result, players will have more resources, while also gaining access to new enemies and gameplay mechanics.

The game also has a construction aspect that allows the player to build towers and appoint people to run them. This helps players increase their resources in the fastest way. In addition, it has a bunch of free gacha mechanics. For example, daily login rewards, random character purchases through virtual currency by playing games, through events, or optional in-app purchases using actual coins. 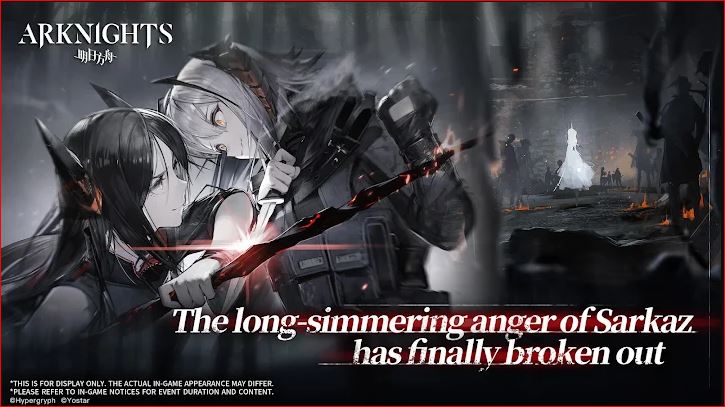 The plot in the Arknights

When you wake up, you realize that you have amnesia, and a girl named Amiya saves you. You must begin your journey, and join an organization whose purpose is to investigate the disasters that are ravaging the world. Through various quests, you will harvest many characters and gradually restore your memories.

In Arknights, there are many beautiful female characters. Each character has a unique look, some are very cute, some are cold, some are serious. It can be said that the publisher has invested very carefully in graphics and character design effects. In addition, the characters are also arranged in a hierarchy corresponding to their strength in ascending order: 3 stars, 4 stars and the highest are 5 stars.

The game map is set up as a main strategic base. That’s where all the monsters want to advance to expand their power all over the world. 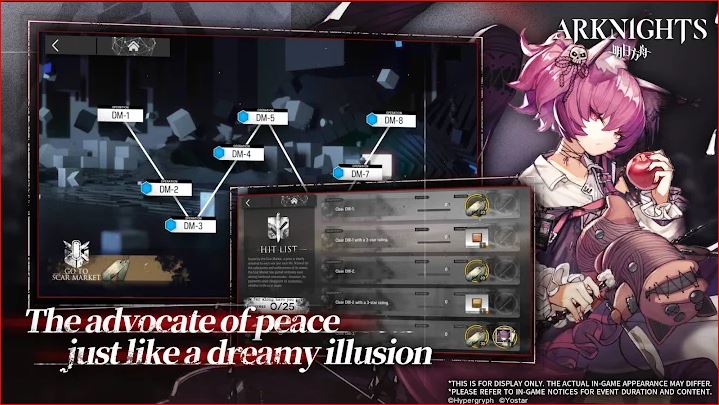 In the game Arknights, there are all kinds of monsters such as buffalo, cow, magician, archer, elite soldier … Especially, at the end of each level, there will be a boss with great power and destructive power. Therefore, players must be highly focused if they do not want to lose the battle.

Graphics and sounds of the game

If you are a fan of Arknights and you often spend time playing games with your friends, you should use the Arknights MOD version.

Arknights is committed to pleasing everyone, even the most demanding gamers. Let’s download and experience it right now!  If you have any questions, please contact us immediately. Thank you for your interest and for reading this article with Apkdroid.